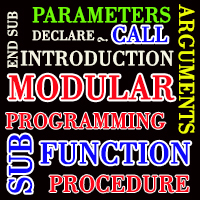 Modular programming is the process of subdividing a program into separate sub-programs. Each modular program has one main module and may have other sub modules and sub module of a program is also called as procedure. Similar functions are grouped in the same unit of programming code and separate function are developed as separate units of code so that the code can be reused by other application.

Why QBasic is called modular programming?

SUB Procedure and its features

SUB Procedure is a program designed to perform a specific task. SUB procedure breaks down a program into logical steps which makes program code easier to understand. A CALL statement us used to call the sub procedure module. Its written with SUB……END SUB statements.

Function Procedure and its features.

A function procedure is used to define a new function. Its written with Function …..END Function statements. 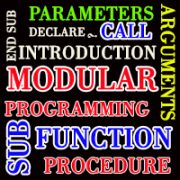 An argument is a value that is passed to a function when it is invoked.

A parameter is a variable defined by a function that receives a value when function is called.

a) Arguments passing by reference

b) Argument passing by value

A procedure accepts arguments by value , thus making a copy of the document available to the called procedure.  Arguments passed by value method does not make any affect to value of the variable which are passed to procedure even they are changed in the procedure. To pass arguments by this method, each arguments are enclosed in individual parenthesis in the calling statements. 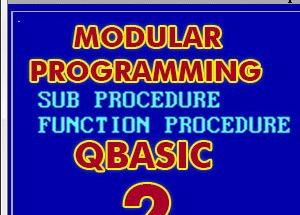 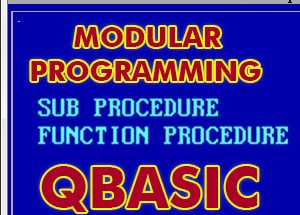