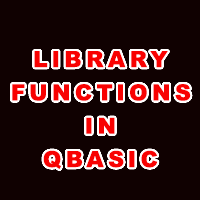 Introduction: A function is a built-in formula or a ready made program which helps us to perform a certain task such as mathematical, financial, logical etc. A function manipulates data passes to it and returns either a string or a numeric. There are two types of functions:

1. User defined function: It is created by the programmer to perform the operations as per the requirements. It can be numeric or string function. To define a function DEF FN is used and it must be executed before the function.

2. Built-in function: It is pre-defined program which is provided by QBASIC to perform some task easily. It gives many more built-in functions for manipulating strings, numbers. It makes our work easy. The values provided are called arguments and it can accept more than one arguments. And the value which is returned is called its return value. There are two types of built in function:

a) Numeric functions: It provides a faster way to evaluate many mathematical functions.  Some of them are:

Click here to find Examples of Library Functions of QBasic

b) String functions: It is used to operate and manipulate on string.  Some of them are: 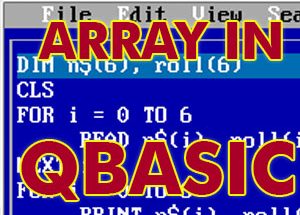 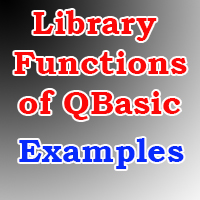 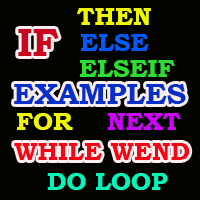 IF Statement and FOR Statement in QBasic Examples

3 Comments on “Library Functions in QBASIC-Introduction”